President Emmerson Mnangagwa’s anti-corruption train will hurtle off the rails if nothing is done to change course. Fundamentally, it lacks a defined strategy and seems to be running on skewed motives. This is a familiar narrative in the developing world when new political dispensations get up and act like they are fighting graft. 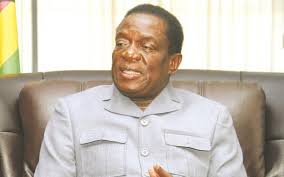 Anti-graft interventions will work only if they draw from a well thought-out and solid strategic plan. Without it, work will still be done but there will be an illusion of movement and success. Most of the time, decisions and actions will be ad hoc, emotive, partisan and wasteful.
Mnangagwa and his supporters have been saying politically correct things about corruption for more than a month. The new president has been clear on his intention to get rid of corruption whenever he rose to talk. In fact, he started talking tough against corruption even as he was vice president, tagging that line while in temporary exile after being fired by former president, Robert Mugabe, and persisting with it up to now.
The military intervention that toppled Mugabe last month and looked like a coup was largely premised on the excuse that the army needed to get rid of “criminal elements” that were surrounding the former president. In other words, the military gave the impression that they had to force leadership change in Zanu PF and the government because those that were now close to Mugabe were corrupt and, thus, causing much instability at the national level.
Of course, that claim was a long haul when you look at it more closely. It is unbelievable that a few individuals were the sole authors of the political, social and economic strife that prevailed. Far from Jonathan Moyo, Saviour Kasukuwere, Grace Mugabe, Patrick Zhuwao, Ignatius Chombo and a few minnows being the sole architects and protagonists of corruption, graft in Zimbabwe is far-flung and deep-seated. It is systemic, rather than being based on the actions of a few individuals. 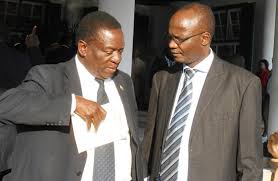 The point is, those behind Operation Restore Legacy, if we were to believe their own claim, failed to situate corruption in a broader political, economic and social spectrum. And, even as you listen to Mnangagwa when he talks about corruption, you can’t escape judging him equally negatively. His conception of corruption is still narrow and, therefore, lacks strategy.
Besides their tacit expression of the will to fight graft, neither Mnangagwa nor his government have, disappointingly, told us their vision, goals and objectives in this anti-corruption scheme. Neither do they have a clear action plan spelling out their methods, timelines and scope. All these are essential elements of an effective anti-corruption strategy.
When you try to fight corruption without a compass, you end up doing all sorts of wrong things. It’s no surprise, then, that what the Mnangagwa dispensation has done in its first moth of office is a mere façade of fighting graft. I call it targeted prosecution. And when prosecution is targeted, it is easily perceived as persecution of political enemies. Public disillusionment follows, naturally.
Latest reports indicate that the Mnangagwa corruption sting is targeting Kasukuwere, a former cabinet minister who, together with Jonathan Moyo, skipped the border at the peak of Operation Restore Legacy. He is being probed for allegedly illegally grabbing thousands of hectares in Mutare. Kasukuwere was a sworn enemy of Mnangagwa and one of the key “criminals” surrounding Mugabe.
I wouldn’t be surprised if Kasukuwere is, indeed, a mega-thief. A lot of unflattering things have been said about how he got mysteriously rich over the years. From the time he was an intelligence operative and reportedly abused his position to poach elephant tusks in Mozambique, to allegedly selling fuel on the black market in the early 2000s at Mapuranga in Southerton. He has also been linked to numerous other land grabs during his time as Local Government ministers and who doesn’t know about his awing mansion in leafy northern Harare? 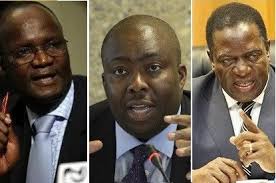 Ignatius Chombo was among the first to be nabbed in the post-Mugabe era. He was also Local Government minister at one and allegations of his excesses are well documented. He is out on bail. The Zimbabwe Anti-Corruption Commission has netted two other former ministers—Walter Chidhakwa, a reported relative of Grace, and Joseph Made, who was virtually Mugabe’s farm manager. Zimbabwe’s law enforcement agencies are keen to engage Interpol to account for those that skipped the border.
All those that are facing probes must have their day in the dock. If guilty, I don’t mind the prison warden throwing away the keys once they are locked up. The problem, though, is there is a big but disturbing coincidence that all the individuals who have been arrested so far were all opposed to Mnangagwa’s ascendancy to the presidency, directly and indirectly. It would seems as though corruption and crime are currently the preserve of Mnangagwa’s enemies.
But that can’t be true, of course. There are numerous people in Mnangagwa’s new cabinet who can do with a bit of probing too. That doesn’t mean that they are straight-up guilty. It’s just that some people are convinced they are and must, therefore, prove their innocence in court. It would help dispel this targeted prosecution perception if something significant was done to them too. That they were either retained in or elevated into cabinet is bad enough in itself.
We have seen this targeted prosecution quite too often whenever a new government comes into power in sub-Saharan Africa and, indeed, a good number of other instances in the developing world. Because there just too many of them, reference will be made to just one classical case. This is Mohammadu Buhari’s purported fight against corruption. 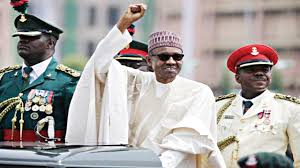 In the run-up to the 2015 election that he went on to win against Jonathan Goodluck, Buhari promised to stamp out graft in Nigeria, one of the most corrupt nations in the world. When he took over, he started doing things that seemed as if he was keeping his promise. The Nigerian anti-corruption agency, the Economic and Financial Crimes Commission (EFCC), claimed the scalps of numerous high profile elites seen to have looted public coffers during Goodluck’s tenure.
Buhari’s efforts even won him plump accolades from former US president, Barack Obama, and the British administration, with the latter pledging capacity building, technical and investigative support to fight corruption so as to stabilise the economy. Just recently the EFCC arrested Ngozi Olojeme, Goodluck’s former campaign chief who now stands accused of taking more than $48 million from the Nigerian Social Insurance Trust Fund to finance her erstwhile boss’s campaign in 2015. EFCC has also seized 38 properties she is suspected to have bought with some of the loot.
After a while, though, people started complaining. Almost all the people getting thrown behind bars were Goodluck’s buddies, so that must be a witch-hunt. Needless to mention, corruption has remained a festering headache for Nigeria despite Buhari’s professed war against graft. Well, Buhari has done something that Mnangagwa hasn’t done yet. Apparently because he had become too conscious to the sharp criticism to his “zero tolerance” actions against corruption, the director general of the National Intelligence Agency, Ayodele Oke who he had inherited from Goodluck, was suspended for allegedly looting more than $43 million from the spook agency. For a measure, Lawal Babachir, Buhari’s secretary and long-time ally was also suspended for alleged bribe taking.
This made some people optimistic. If Buhari can suspend his own intelligence boss and secretary, then he is moving in the right direction, they reason. That is naïve thinking, of course. Oke was no more a Buhari man than Peter Walls who was retained as army general at Zimbabwe’s independence or Ken Flower, who headed intelligence in our post-independence dispensation, was Mugabe’s man. As subsequent events showed, they remained loyal to Ian Smith’s apartheid Rhodesia. Similarly, Babachir could have been sacrificed merely because he had fallen foul with his boss. Politics doesn’t often retain loyal friends.
Having said this, there is need to appreciate that fighting corruption is not exclusively about arresting suspected criminals, even though that is part of the game. A good strategic plan must include a raft of other methods to do that. Since corruption is now institutionalised, systemic and a part of our culture, those methods must speak to the gaps in the institutions, systems and social psyches of our people. Without that, you would have to be arresting people for the rest of your political tenure. That is, if you don’t lose interest along the way.

Tawanda Majoni is the national coordinator at Information for Development Trust (IDT) and can be contacted on majonitt@gmail.com